Google has started rolling out final Android 7.1.1 security update for Compatible devices. Many OEMs have been releasing Google’s security patches update in readiness for the android 7.1.1 Nougat.

If you could recall android 7.1 Developer Preview 2 were released for the Nexus and Pixel devices. Google says the new update is a wholistic update to Nougat and will be available to devices like Nexus 6, Nexus 5X, Nexus 6P, Nexus 9, Pixel, Pixel XL, Nexus player, Pixel C general android one devices. Google has also released Android 7.1.1 factory images and OTA  files for compatible devices. 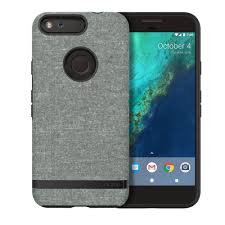 The Android 7.1.1 security update will add new emoji’s that will reflect gender equality. Emojis that only have female or male representation will be updated with for more balanced representation. The update will be done through OTA and emojis that are hitherto available to Google Pixel phones will be now be rolled out to all compatible devices

The update also involves support for GIF images on keyboard for supported apps, and some of the supported apps are Google own messaging app, the Google Allo, Google messenger, and Hangouts. The update will also bring apps shortcuts directly from home screen. Users will be able to launch any apps by simply long pressing the app icon.

“When we launched Android Nougat, we were excited to deliver even more ways to make Android your own. Today we’re rolling out Android 7.1.1 security update, an update to Nougat that showcases more ways to express yourself, along with a handful of other sweet features and improvements to stability and performance. Android 7.1.1 brings many of the cool features of Pixel to everyone,” wrote Agustin Fonts, Product Manager, and Android in a blog post

Google has said that Supported Google devices will receive a single OTA update with the December 2016 security patch level. The security patch is expected to fix critical security problems experienced in most devices

CES Highlights That Cloud-Based Surveillance Is The Future