In this post we will examine why Apple joined Wireless Power Consortium (WPC) – the most powerful authority when it comes to wireless charging technology standard.

We have been inundated with rumour about iPhone 8 coming with wireless charging, in fact there rumours suggesting that all the iPhone devices that will be launched this year will features wireless charging , the addition of Apple to Wireless Power Consortium has put more evidence to the on –going rumour.

The iPhone 8 or iPhone X as the case may be (Apple will be ten years this year) has been generating lots of buzz on the Internet and many analysts have predicted that Apple will be incorporating its own made wireless charging pad technology on the upcoming iPhone 8.

The Wireless Power Consortium is a group of 213 leading manufacturers in a wide range of industries that understand the untapped potential of wireless charging. WPC members include leading makers of mobile phones, such as Samsung , Nokia, HTC,  consumer electronics, batteries, semiconductors, components, wireless power technology and infrastructure such as wireless operators, furniture and automotive parts.

Read Also: Best Smartphones that will be Launched in 2017 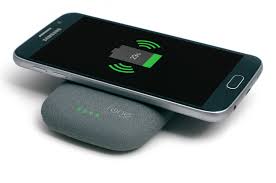 Lots of questions I may confess but no doubt Apple will be featuring some Innovative technologies on the upcoming iPhone 8 and we can’t but wait to see how the next iPhone devices in 2017 look like. We have seen couples of leaks flying around in the internet. We do hope that the iPhone 8 or iPhone X will be a great devices.

Why Apple may have joined Wireless Power Consortium?

Samsung will be like Apple not worth the price, ripping customers off their hard earned money. This we believe is one of the reasons Apple joined the wireless power consortium.

Apple will launch three phones this year and we are looking around September to see how all the rumours about Apple IPhone 8 and iPhone 8 plus turn out to be. Feel free to leave your comments why apple may have joined Wireless Power Consortium.

How to Show iPhone 11 Battery Percentage

The Best Resumes Creating Apps on iPhone and iPad

How To Show Battery Percentage on iPhone 11 Pro