Whatsapp delete feature, you will soon able to edit and delete your sent messages 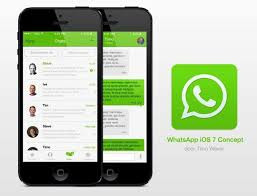 WhatsApp intends to make it possible for people to edit, delete and completely take back sent messages, both messages sent intentionally or by mistake. With the upcoming update, you can modify sent messages and re-send to the receiving party. WhatsApp, though may have taken the message recall idea from Gmail and WeChat, is out to change the mobile messaging world once again.

This new update coming from WhatSapp is highly laudable and welcomed as it will give users more control over their text messages.

The video call update was offered to several mobile devices including iOS, Windows, and Android. However, some devices were left out of the video call update. These includes phones operating Android 2.1 and 2.2, Windows Phone 7, as well as iPhone 3GS and those operating iOS 6. Also, iPhones that haven’t been up-dated to the iOS 10 version will not be supported.

I just can’t wait for this feature to roll out. All my text blunders, autocorrect fails and wrongly sent can finally be recalled! They has been leading